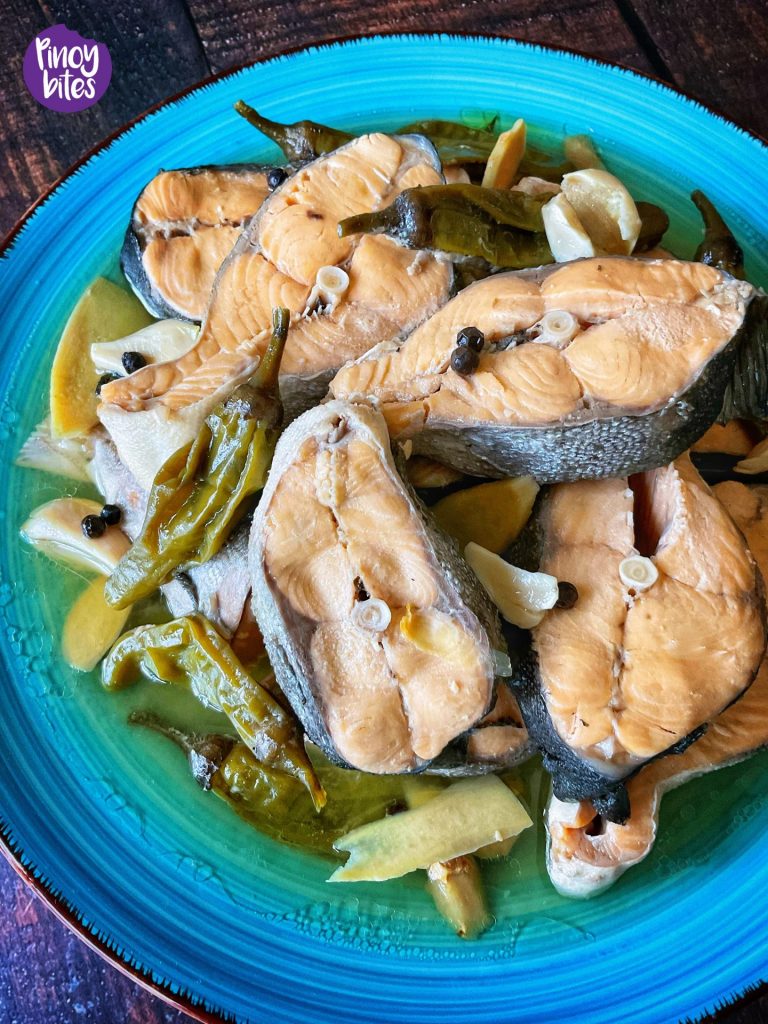 Though bone-in fish has more flavor, the pain of picking the bones is never welcome. This is one dilemma I constantly have with my fish-loving 6 year old. It doesn’t matter to him how it’s cooked, if it’s fish…..he’s happy.

I always have some Sarangani boneless bangus stashed in the freezer but there are recipes where whole bangus (bone-in) is much preferred. I normally have a couple when I need it but lately, I haven’t been seeing whole milkfish at asian stores (I only buy the ones from the Philippines).  Once I bought another brand (also from the Philippines) that sells bangus slices, I was disappointed. Though it came already cut into steaks which is convenient, the whole fish only weighed a mere 400 grams. It was a size that I wouldn’t even consider buying at the wet market (in the Philippines) unless I’m making Daing na Bangus.

I was craving Paksiw na Bangus when I remembered that I still have a whole wild-caught pink salmon in the freezer. When I was about to cook it, I realized how much my ‘lil one loves fish so I would end up picking a lot of pin bones again. So, instead of cooking it on the stove-top, I took out the Instant Pot and treated the paksiw as if I was making my Spanish-Style Salmon. It totally worked! Not only did I not have to pick the bones, it turned into an edible calcium-rich part of the dish. How great is that? 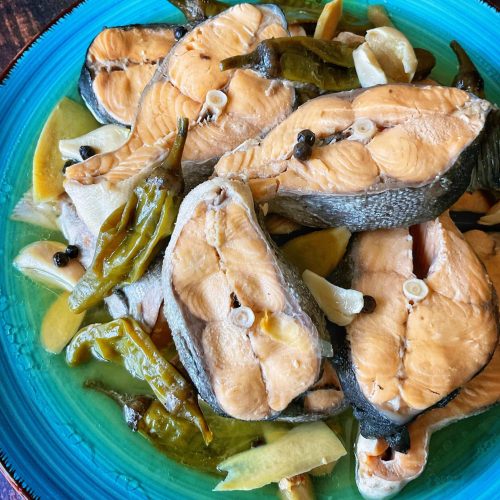 *I used Wild Pink Salmon which is sold frozen. It’s smaller and inexpensive compared to the other varieties of salmon. You can also use about 3 pounds of bangus (2 medium or large) cut into 1 inch steaks
Keyword calcium rich, dinner, fish, instant pot, IP, omega-3, salmon
Feel free to share with your friends!
Share Pin this! Tweet