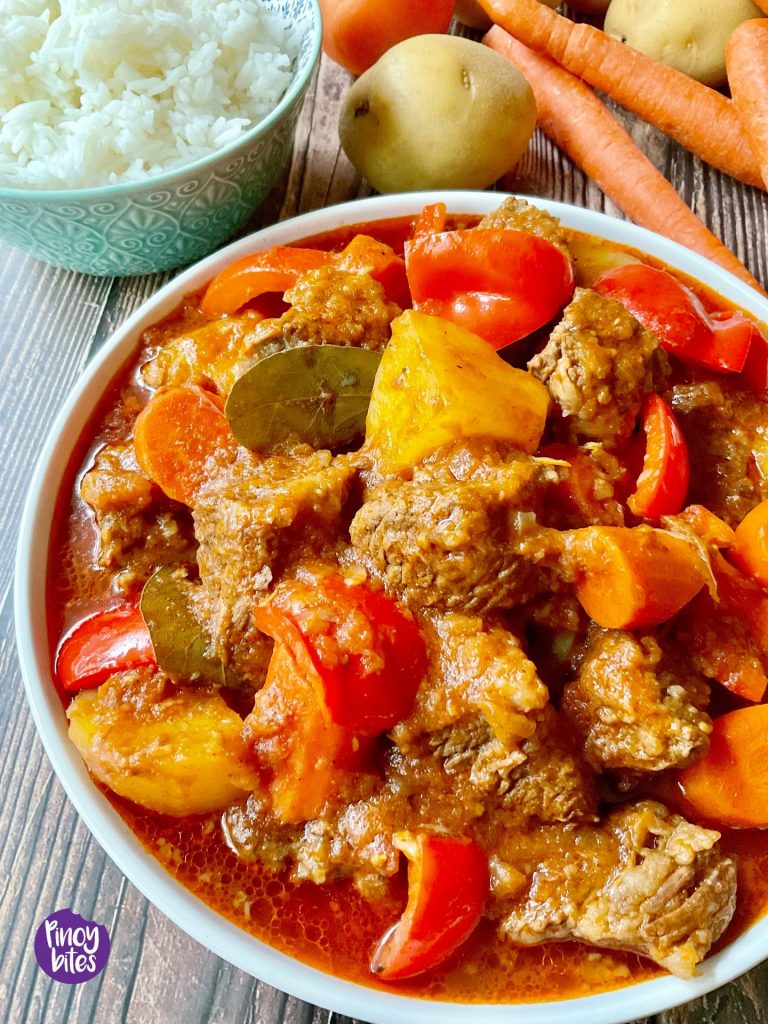 Mechado is one of the many dishes that’s Spanish in origin.  Tougher cuts of beef were used because it was cheaper in making this stew. To make up for the marbling, a strip of fat is inserted in the middle of the meat before cooking to keep it moist as it braises in the liquid. This is called larding. When I was a child, I saw my grandma do this once but I wasn’t aware of its culinary importance at that time. I just remembered it was neatly sliced (and arranged) with a speck of fat in the middle when it was served.

My mom taught me how to cook this but I tweaked it a bit to my family’s liking. Fattier cuts of beef like brisket is perfect for this recipe. It helps in keeping the meat moist and because of its marbling, the beef is succulent and tender after braising. You can also use other parts like the chuck or the eye of round but make sure you pick the ones with a fat cap. Lean cuts dry out when cooked over a long period of time.

While it simmers, the tomatoes will thicken and create a flavorful sauce as it marries with the meat juices. Though this can be done in the pressure cooker in less than half the time, cooking it low and slow makes a far superior stew. So take your time and let it simmer until it’s incredibly tender and its sauce is reduced to a beautiful gravy. You won’t regret it, I promise. 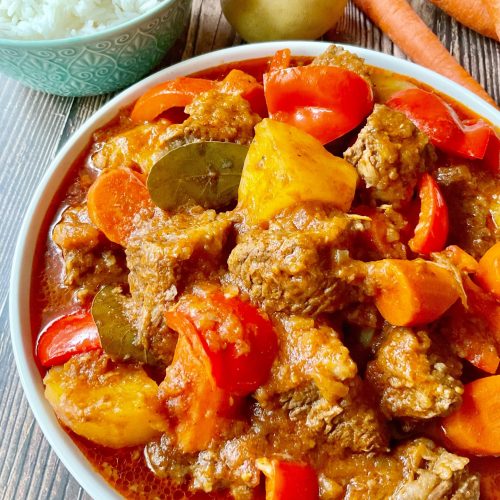 *Cuts of beef with some fats are preferred, if available. **Add ½ cup more water if the cooking liquid is drying up before the meat is tender.
Keyword beef, dinner, meat, stew
Feel free to share with your friends!
Share Pin this! Tweet

I think I am going to make this. It looks delicious

Hi Paulette! Hope you like it as much as we do. Thanks for stopping by😊