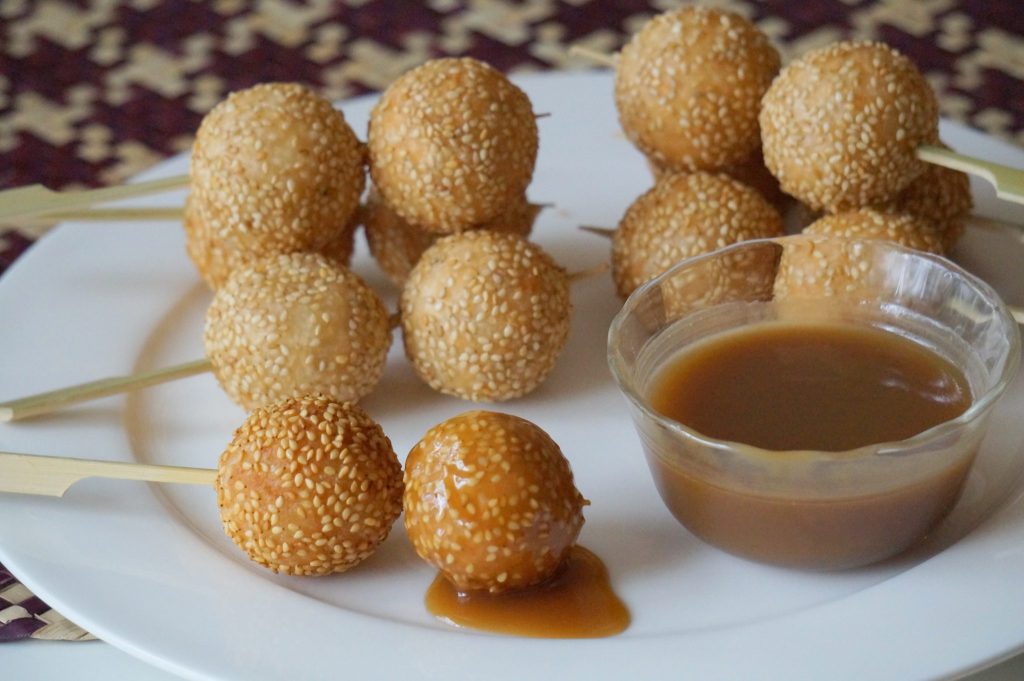 Karioka is a Filipino snack made of glutinous rice flour, coconut flakes and coconut milk. Sesame balls on the other hand, is made from the same flour but usually filled with sweetened mashed beans. The former is easier to make but I just like the extra crunch the sesame seeds give. So, I just combined the two together and it tasted exactly like I imagined. Dunking these in the sweet coconut syrup made it even way better.

Give this one a try and you may not make your Karioka the same way again! 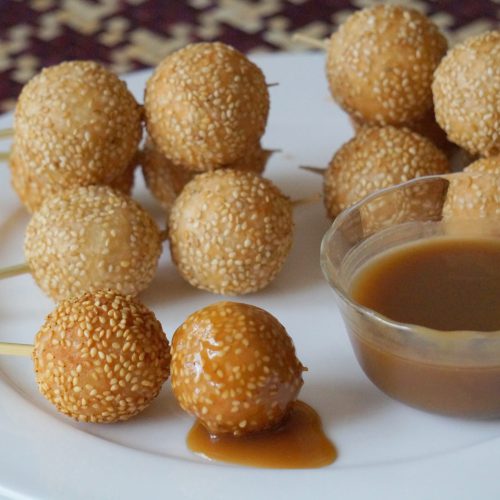 For the Coconut Syrup:

*** I used a small ice cream scoop to make uniform sizes. *** If the rolled dough is too dry for the sesame seeds to stick to, brush with water until just moistened. DO NOT SOAK in water as this causes oil to splatter. *** Move the balls around the pan for even cooking. If browning too fast, lower the heat to make sure karioka is cooked through.
Keyword karioka, sesame ball
Feel free to share with your friends!
Share Pin this! Tweet