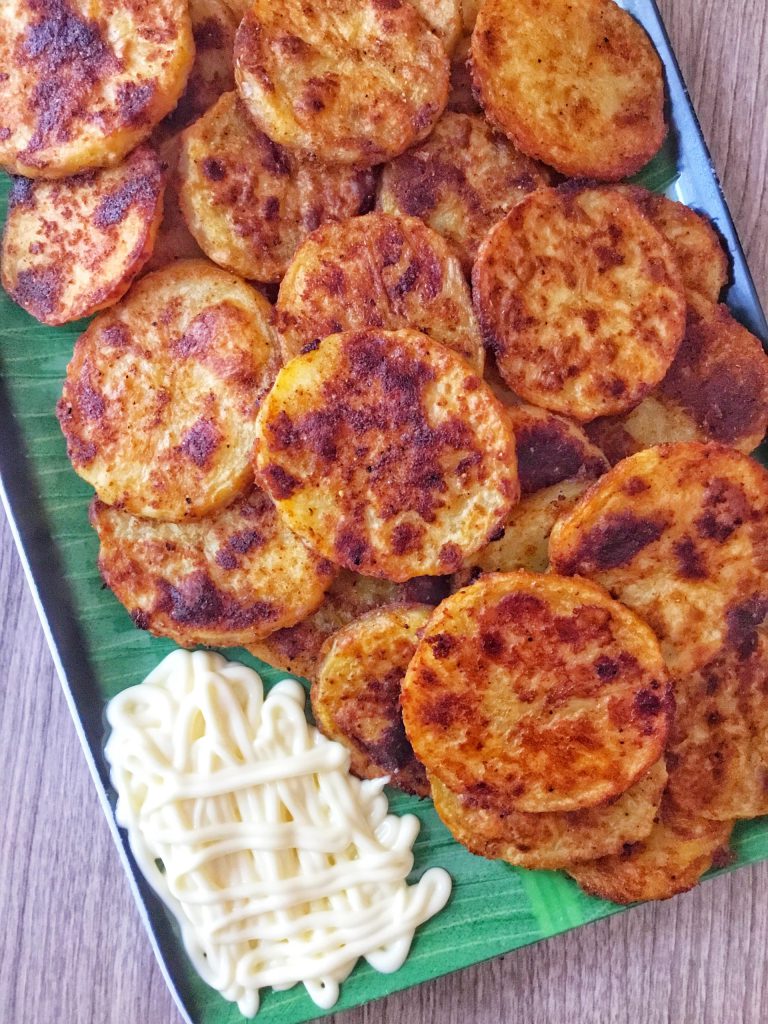 About a year ago, I made potato mojos for the first time. It was okay but I didn’t enjoy eating ‘em because it was on the greasy side. I remembered a lot of oil pooling underneath the fried spuds which totally soaked the pile of paper towels I lined the bowl with. Though the flavor was good, that stopped me from cooking it again.

Fast forward a few months later, I had this idea of challenging myself to make it less oily. And though it was the easier route, I also wanted to forgo using the microwave to partially cook the potatoes. Suddenly, I had this thought of using the oven to make it even easier by cooking it all in one pan. This got me excited to do this kitchen experiment!

I knew it was ambitious of me to even think it would work out to my advantage. The potatoes have to be nicely browned, tender, well seasoned and crisp. My family enjoyed my version so much that we finished ‘em all in one sitting. Was I able to pull it off? Be the judge.