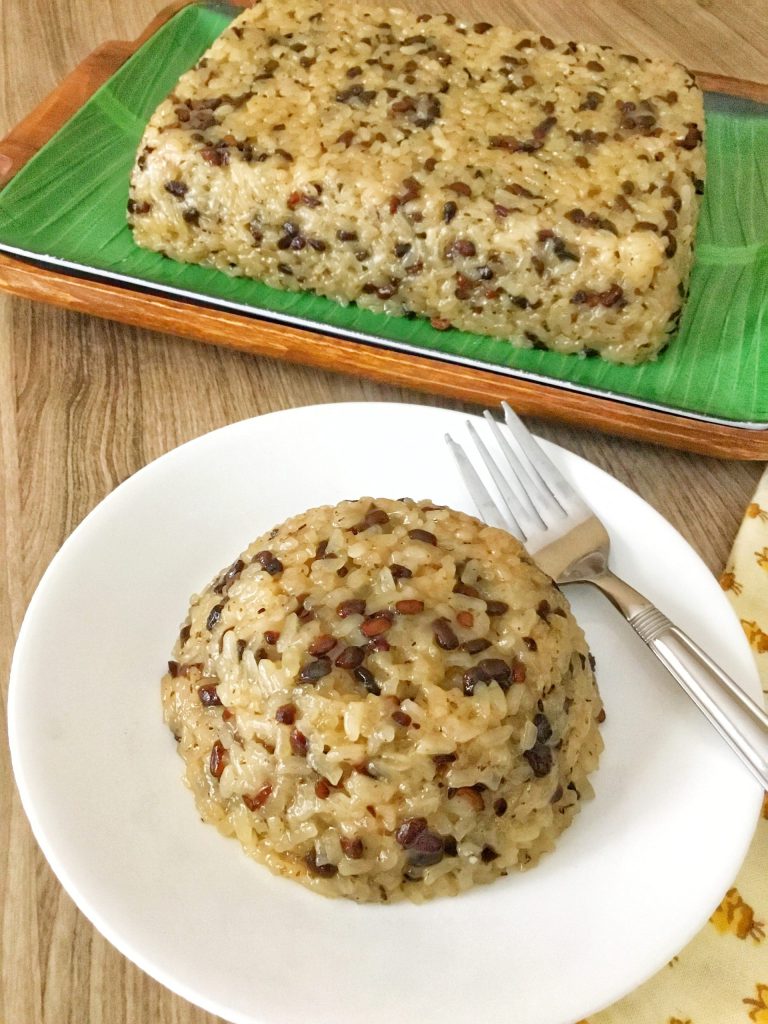 Biko and Ginataang Munggo are two well-loved traditional Filipino snacks. Each has their own character and are equally good. The thought of making this dish came about one day when I craved that distinct taste of ginataang munggo but not the part where I had to scoop it into a bowl and eat with a spoon. I wanted something that I can just grab or stick a fork into and easier to pack for a picnic or bring to potlucks.

Then came the recipe testing. Imagining how it looked and tasted is different from reality. It took me a few times before I came up with the right taste and texture. The first try was so promising…until I took my first bite. It smelled great, looked great but some of the mung beans were undercooked. Every bite was a challenge (and scary) as I was afraid I might chip a tooth. Haha!  But I had no choice…I had to make sure that it was the only thing that missed the mark.

I thought of soaking the beans first but the extra process and time seemed like forever. Then, I remembered there’s this thing that’s sold at the supermarket called split mung beans (on the packaging). So I bought a pack from the nearest asian store and voila it worked! Though cracking some whole mung beans after toasting also works, the split beans assure you that they will cook evenly and be done by the time the biko is ready.

Here’s the result of my tests and it definitely ticked off all the boxes that I set  – look, taste and texture. 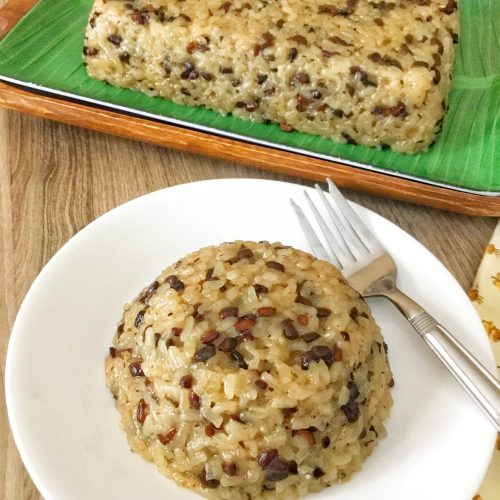 *I used ½ cup split mung beans. If you prefer less, use ⅓ cup instead. If you can’t find split mung beans, toast whole beans and crack with a mallet (in batches) to split them in half. **Mung bean is an excellent source of plant-based protein.
Feel free to share with your friends!
Share Pin this! Tweet

[…] cup of good black coffee. Yum! That’s why I have several versions (so far) like the Purple Biko, Munggo Biko, and Biko With […]