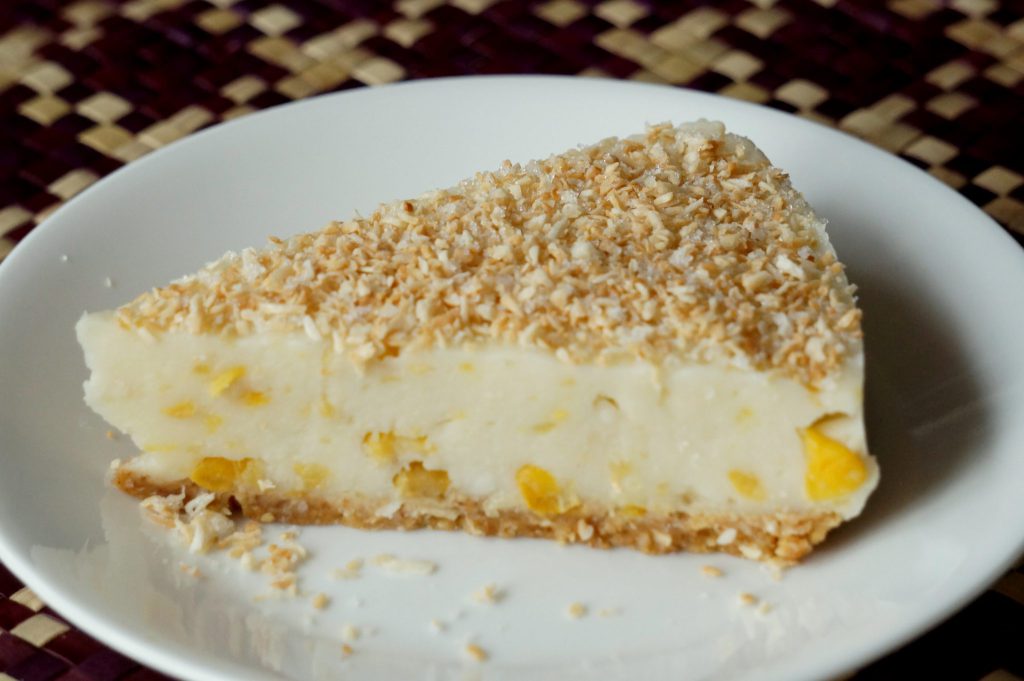 Though not as popular as Leche Flan and Ube Halaya, Maja Mais (or Maja Blanca) is also one of the delicacies that Filipinos usually serve during gatherings. It’s like white gelatin with bits and pieces of corn in every bite and has that melt-in-your-mouth texture.

Latik, which is the browned clotted cream that is produced when coconut milk is cooked until the oil separates, is usually used to top this Panna Cotta-like dessert. It’s relatively easy to make. Just a matter of mixing a few ingredients until it thickens, transferred to a serving dish and waiting shortly for it to set.

I don’t know about you but every time this happens to me, I think about how much money I’ll be throwing away if I don’t put it to good use. Cheesecake was the first thing that came to mind but I was thinking of something else that I can put on Pinoybites so I’ve added a graham crust under the Maja Mais.

I think the graham crust elevated Maja Mais to a whole new level worthy to be front and center in your next gathering. Also, the addition of toasted shredded coconut gave the crust that extra oomph and crunch.

You have to try this one, I tell you. You will love it!!! 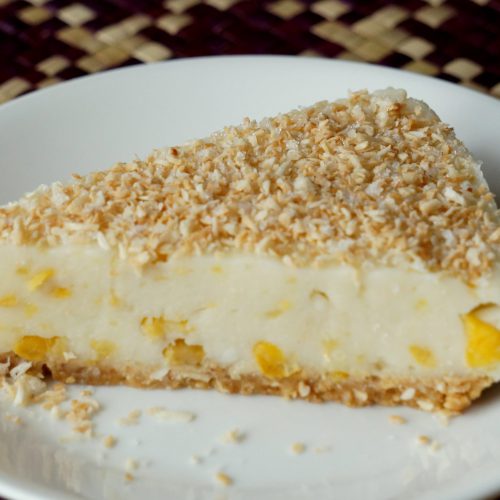 *** I use the flat bottom of a measuring cup to press the crumbs firmly and evenly. *** To toast shredded coconut, place it in a dry pan over medium-low heat and stir occasionally until golden brown *** Shredded coconut and dessicated coconut are the same. I buy the package that says “medium shredded”.
Keyword coconut pudding, latik, maja mais
Feel free to share with your friends!
Share Pin this! Tweet