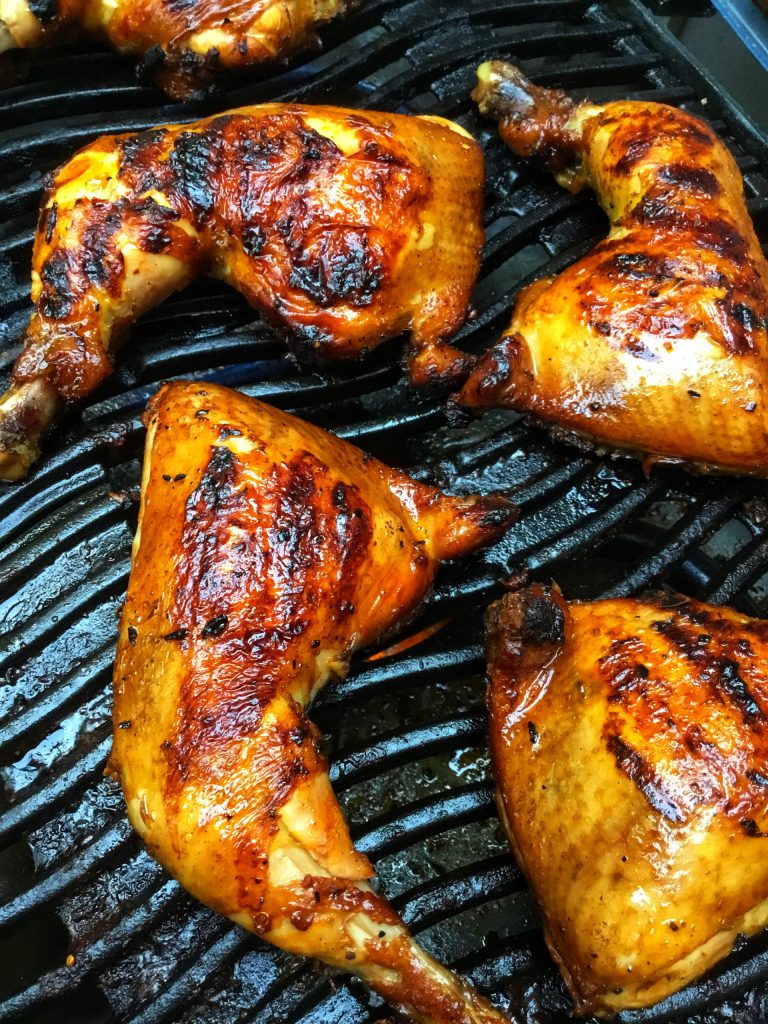 Grilling gives food that distinct roasted aroma and flavor. Chicken Inasal is a grilled chicken dish that originated in the Western Visayas region of the Philippines, particularly in the city of Bacolod. Chicken parts are marinated in a mixture of ginger, garlic, sugar, calamansi (calamondin), soy sauce and coconut vinegar then grilled using hot coals. As it cooks, the meat is basted with annatto oil, giving it that recognizable orange-red tint. For an even more delectable flavor, annatto seeds are steeped in chicken fat… giving it an extra layer of richness.

Because the chicken parts are bone-in, make sure to cook the meat until the juices run clear when poked and the inside is no longer pink. I started grilling on medium heat (skin-side down) to give it that signature grill mark. Then after the first flip, I basted and lowered the heat to the lowest setting so the inside cooks thoroughly without charring the skin too much. You can also cut slits on the underside until it reaches the bone, for an even faster cooking time. Close the lid between turning and basting to evenly cook the chicken. And, let the meat soak in the marinade longer for the spices to permeate through the meat even better. 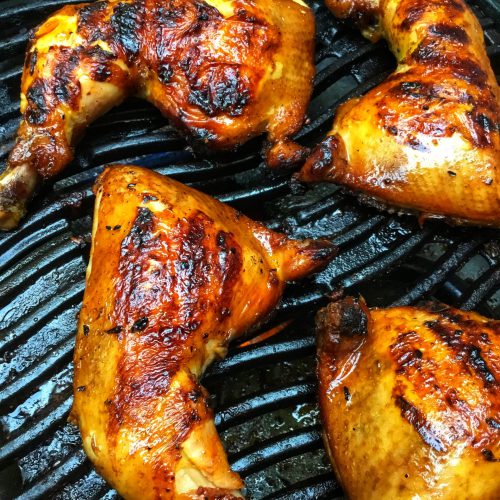 *Other chicken parts (bone-in) can be used – chicken breast, legs, thighs. Adjust cooking time depending on thickness of meat. **Coconut vinegar is preferred but you can use cane vinegar (Datu Puti) if you can’t find one. ***Make sure the chicken is cooked all the way through. Internal cooking temperature for cooked chicken is 165F. If you don’t have a thermometer, cut a slit through the thickest part of the meat and check if it’s no longer pink and the meat is opaque. ****To avoid cross-contamination, place a few tablespoons of the prepared annatto oil in a small bowl just for basting. Reserve the rest to either put on top of your rice or for the next time you’re making Inasal again.
Feel free to share with your friends!
Share Pin this! Tweet